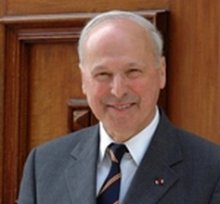 The members of the Club of the University Foundation were invited for the New Year's reception on January 29, 2015, at 5.30 pm.

During this reception,  Prof. Emile Boulpaep (President of BAEF) gave a presentation on "Belgian-American benevolence during and after the Great War", on the occasion of the commemoration of the 100th anniversary of the Great War 1914-18. During this war the Commission for Relief in Belgium (CRB) was active in the United States to help the Belgian population which suffered severe food shortages. After the war the CRB gave birth to as well the University Foundation as the Belgian American Educational Foundation (BAEF).