Lunch debate "The future of Bozar in tomorrow's Belgium" 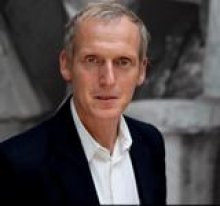 The debate was introduced by Paul DUJARDIN, General Director of Bozar (in Dutch).

Bozar has shown a remarkable growth as a culture house. It now employs about 400 staff members. It continues ambitious investment plans. Its activities are much broader than pure fine arts. Despite its vicinity to the Brussel Grand Place, Bozar does not contribute to its liveliness, nor to that of the Sablon. Other city quarters organize related projects. Paul Dujrdin is aware of the challenges which Bozar faces and presented his viesw on the place of Bozar in Brussels and Belgium of tomorrow.